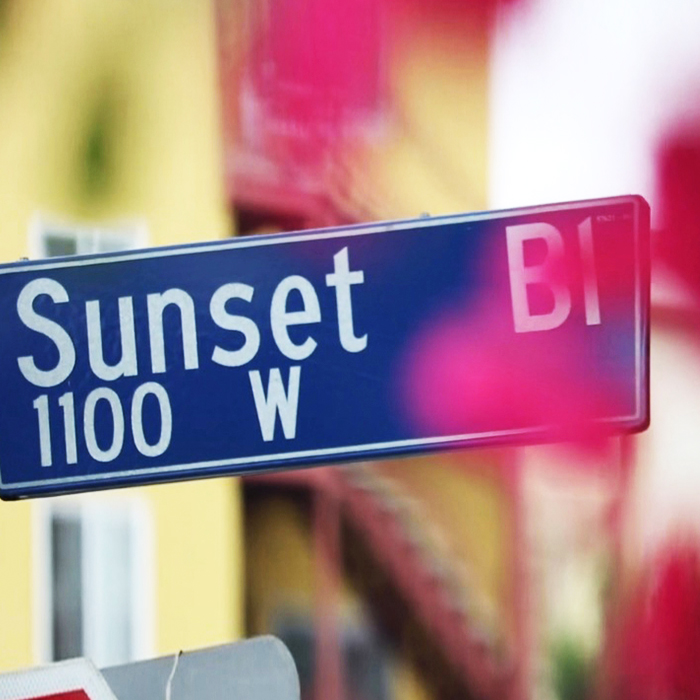 SOM and James Corner Field Operations will lead the effort to transform former church and long-dormant MWD headquarters into a dynamic community hub.

LOS ANGELES–Two acclaimed design firms – Skidmore, Owings & Merrill LLP and James Corner Field Operations – are coming together to transform a 5.5-acre site along Sunset Boulevard into a mixed-use project focused on innovative design, open space and community. The project site is located on the northwest edge of Downtown Los Angeles, within a mile of Bunker Hill, Dodger Stadium and Echo Park Lake.

Palisades, a Los Angeles-based real estate firm, is the developer of the property at 1111 West Sunset Boulevard.

The Los Angeles-based SOM team is led by Design Directors Paul Danna, FAIA, and José Luis Palacios, AIA, who have an extensive track record with adaptive re-use and ground-up development projects throughout Southern California. SOM’s projects include the adaptive reuse and renovation of the Pen Factory in Santa Monica and the Desmond in downtown Los Angeles, and the new 100 West Walnut project in Old Pasadena.

The open space areas, landscape and other public spaces will be designed by a team led by James Corner, Founder and CEO of award-winning firm James Corner Field Operations. Corner is responsible for the design of some of the world’s most important public urban spaces, including the High Line in New York City, Chicago’s Navy Pier, Hong Kong’s Salisbury Gardens, Santa Monica’s Tongva Park and the upcoming Presidio Tunnel Tops project in San Francisco.

“We are proud to bring together SOM and James Corner Field Operations to lead this important project at the northwest gateway to Downtown Los Angeles,” said Brian Falls of Palisades. “With a team of this caliber, we eagerly look forward to seeing the design process evolve in the weeks and months ahead.”

While the property is best known as the former headquarters of the Metropolitan Water District, the site has previously served as a park, a hospital, and most recently, a church with its own sanctuary. Palisades has challenged the designers to create a master plan that honors the site’s long history while emphasizing meaningful connections to Downtown’s skyline and the surrounding neighborhoods.

“At the heart of this project is a desire to reflect the spirit and the history of this property through a modern, forward-thinking lens that embraces the Downtown site’s adjacency to Chinatown, Bunker Hill, Echo Park and the Civic Center,” said José Palacios of SOM. “It’s a challenge we are confident and energized to embrace.”

For more information and to stay informed, please visit the project website at 1111sunsetblvd.com.

Based in Los Angeles, the firm brings local expertise, global perspective and a passion for craftsmanship to create built environments in collaboration with notable designers, trusted partners and an engaged community. The firm has a broad range of real estate experience spanning acquisitions, entitlements, design & development, construction, repositioning & redevelopment and asset management.

Skidmore, Owings & Merrill LLP (SOM) is one of the leading architecture, interior design, engineering, and urban planning firms in the world. Since its founding more than 80 years ago, SOM has earned a reputation for design excellence with a portfolio that includes some of the most important architectural accomplishments of the 20th and 21st centuries, and has been a leader in the research and development of specialized technologies, new processes and innovative ideas, many of which have had a palpable and lasting impact on the design profession and the physical environment. The firm’s longstanding leadership in design and building technology has been honored with nearly 2,000 awards for quality, innovation, and management. The American Institute of Architects has recognized SOM twice with its highest honor, the Architecture Firm Award-in 1962 and again in 1996. The firm maintains offices in New York, Chicago, San Francisco, Los Angeles, Washington, D.C., London, Hong Kong, Shanghai, Dubai, and Mumbai.

James Corner Field Operations is a leading-edge landscape architecture and urban design practice based in New York City. The practice is renowned for strong contemporary design across a variety of project types and scales, from large urban districts and complex post-industrial sites, to small well-crafted, detail design projects. In all of the work, there is a special commitment to the design of a vibrant and dynamic public realm, informed by the ecology of both people and nature. Major projects in our portfolio include the design of the High Line in New York City, Tongva Park and Ken Genser Square in Santa Monica, Chicago’s newly redesigned Navy Pier, and Cleveland’s Public Square.