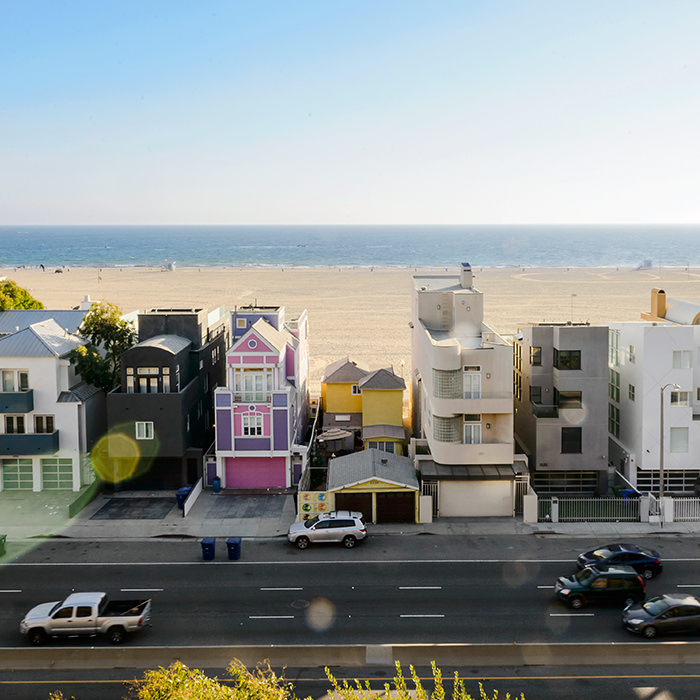 Santa Monica’s Ocean Ave. among most expensive streets in US

Willing to pay a premium for views of waves crashing onto the beach? Apparently plenty of companies are. That’s a big reason why Santa Monica’s Ocean Avenue is one of the most expensive streets for office space in the country.

Ocean Avenue, which runs parallel to the Pacific Ocean through downtown Santa Monica, is the seventh priciest street for office rent in America, according to a new report put out by JLL. The average full service gross rent on that street last quarter was $6.52 per square foot monthly. That’s nearly double the Los Angeles market average of $3.36 a square foot, according to JLL. Vacancy is only 7.1 percent on this street, which comprises 2 million square feet of office space.

“If you look at downtown Santa Monica as a whole, there are really only a handful of wave-breaking views,” said Josh Wrobel, managing director at JLL in Los Angeles. “Everybody can see the ocean at a distance but when you can look down from your building and see the waves breaking on the beach, that’s entirely different.”

He said some rents are as high as $9 a square foot on Ocean Avenue. For example, the 16,940-square-foot office and medical building at 1551 Ocean Ave., across the street from the entrance to the Santa Monica Pier, asks $8.50 a square foot, according to CoStar data.

But it’s not ocean waves alone that have pushed rates this high. Santa Monica is among Los Angeles’ hottest submarkets. The entire Santa Monica submarket had a vacancy of only 8 percent last quarter, with the average class A asking rent around $5.21 a square foot monthly, according to CoStar.

“What’s happened is you have a peaking market and people with a lot of demand wanting those unique views and there’s only a handful of them,” Wrobel said. “So you have people willing to push the envelope on what they will pay. So you have hedge funds and tech companies with a lot of money to be found and they want something that is truly unique.”

“Ocean Avenue is as prime as you get, but a lot of the office space on that street is less creative,” he said. “A venture capital firm will pay equivalent rent for a building like 631 Wilshire Blvd., which is a cool creative space. The whole grid of downtown Santa Monica’s central business district is desirable and asking similar rents to Ocean Avenue.”

Still, even Santa Monica’s peaking prices are dwarfed by the country’s most expensive street: Sand Hill Road in San Francisco where prominent venture capital firms pay as much as $15.42 a square foot monthly. Following closely in second place is Fifth Avenue in New York. Others to make the list include Main Street in Boston, Greenwich Avenue in Fairfield County and Pennsylvania Avenue in Washington, D.C.